This site uses cookies. By using this site you agree to this. More information

Prostitution in Zurich is not new. For many years, prostitutes have done their business in the coastal area of the city, but residents have often complained disturbances from customers, traffic jams, and noise. 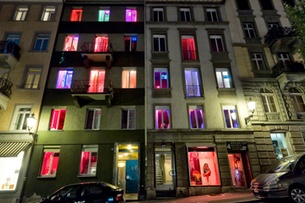 52 percent of voters in 2012, approved the City of Zurich plan to allocate taxpayers $ 2 million to create more prostitution management structures in a restricted, safe environment, and far from inhabited areas. The next $ 800,000 went to annual operating costs, including security and social services on site.

A year later, areas began to say hello to dozens of prostitutes and their customers.

Probably, sex clubs are the safest and the best choice if you are looking for a sexual meeting. These areas often have a bar where you can eat or drink until you find potential "dates." If you settle on specific terms and specific services with a woman of your chosen, you can go to a separate room, and everything else is on you.

These clubs generally require a registration fee and any further fees based on the required service. Women usually do not work in clubs and work as their bosses or independently. They are required to give commissions to these institutions. 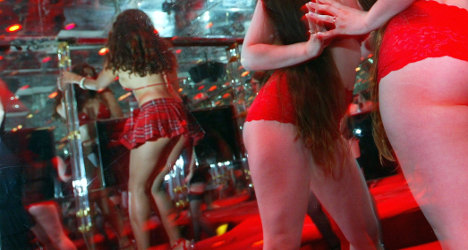 Zurich introduced new rules for sex clubs in 2013, to make this trade more secured for everyone. It is only allowed if the company meets all the stringent safety requirements, taxes, social security, and health, levied by the city. Cities do not exert excessive pressure on sex workers and ensure violence prevention and their health. At least once a year, clubs are checked to ensure they work by these rules. Therefore, sex clubs provide prostitutes and clients in a completely safe environment.

Not only that street prostitution is controlled, but it is only allowed at definite times and in some districts. Some of these areas include Altstätten, Niederdorf, and Heringstrasse in sex boxes (Depot, accessed by only cars).

To participate in the business, streets prostitutes need consent from the city, and this is only approved if the individual has health insurance and a valid residence work permit. But for clear reasons, sex clubs are easier to control than street prostitution, and it is very probable that workers will be forced to work as sex slaves or even in worse cases, will become victims of trafficking. 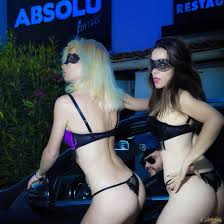 Cabarets and Nightclubs in Zurich

Notwithstanding the shutting down of many of these sites in the last decade, strip clubs, often called cabarets or nightclubs are also in town. They are situated in the near Langstrasse, west of the central railway station or Niederdorf district, in the old city. You can anticipate quite expensive drinks and entertainment with partially nude women dancing around the mast until they are completely naked. Some also offer dance on the table.

Sex, Brothels and Prostitution in Zurich. What Should You Know?

How to Stay Safe When Dealing with Brothels; Avoiding Online Scams

How to Distinguish a Fake Brothel from a Real One

Brothelmate.com/eu/co.uk, including all webpages, links and images , displays sexually explicit material. Only consenting adults are authorized beyond this page. If you are a minor (under the age of 18 years or 21 years where 18 isn't the legal age of majority), if sexually explicit material offends you or if it's illegal to view such material in your community, you MUST leave this site by clicking "LEAVE" below. By clicking "OK", you agree to the statement at the bottom of this page.

By entering Brothelmate.com/eu/co.uk you agree that: You are an adult in your community and are at least 18 years old (21 in some countries). Sexually explicit material is not deemed to be obscene or illegal in your community and you wish to view such material. You will use the material available on this website for your own personal use and will not sell, distribute, give or make available the content on this website to anyone. You will take the appropriate steps in order to make sure no minor is able to view the content available on this site. You have read this agreement, understood it and agree to be bound by it.