This site uses cookies. By using this site you agree to this. More information

Costa Rica is one of the top countries out there where you can easily buy the services of sex escorts without any restrictions or delay. Although the country is listed as a third world country, it is still a nice place to be,  especially doing the dry season (mid-December to April). This awesome tourist season is full of plenty sunshine making it an ideal time for exploring rainforests and lounging on beaches. That says the dry season is the most popular (and expensive) time to visit. 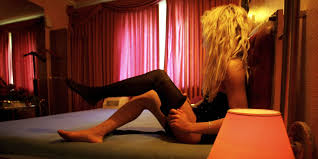 While planning your holiday to Costa Rica, it is important you put in some essential things in place. Make sure you book your room and tour reservations three months in advance to secure a spot. If you are a fan of the raining season, you  can plan your visit between May and November when prices are at their lowest. There is a slight rain pause during June and July, and Costa Rica's forests burst with green foliage.

Prostitution is completely legal in Costa Rica, but just like most other countries, promoting or facilitating the prostitution of another, like pimping, brothels, or prostitution rings are illegal. Nevertheless, prostitution is common and is practiced openly throughout the country, particularly in popular tourist destinations.

Sex tourism in Costa Rica has always been as a result of the rapid growth of international tourism in the country, and the country is being promoted as a popular destination for sex tourism. According to a reliable source, about 10% of tourists who visit Costa Rica engage in sex tourism with as many as 10,000 sex workers involved, many of whom are immigrants.

WHERE TO HOOK A SEX ESCORT IN COSTA RICA

Sex, Brothels and Prostitution in Zurich. What Should You Know?

How to Stay Safe When Dealing with Brothels; Avoiding Online Scams

How to Distinguish a Fake Brothel from a Real One

Brothelmate.com/eu/co.uk, including all webpages, links and images , displays sexually explicit material. Only consenting adults are authorized beyond this page. If you are a minor (under the age of 18 years or 21 years where 18 isn't the legal age of majority), if sexually explicit material offends you or if it's illegal to view such material in your community, you MUST leave this site by clicking "LEAVE" below. By clicking "OK", you agree to the statement at the bottom of this page.

By entering Brothelmate.com/eu/co.uk you agree that: You are an adult in your community and are at least 18 years old (21 in some countries). Sexually explicit material is not deemed to be obscene or illegal in your community and you wish to view such material. You will use the material available on this website for your own personal use and will not sell, distribute, give or make available the content on this website to anyone. You will take the appropriate steps in order to make sure no minor is able to view the content available on this site. You have read this agreement, understood it and agree to be bound by it.